As it turns out, Bobbito was interviewed in the very FIRST issue of YRB magazine in 1999 in an article titled “Bobbito the Barber: & his multiple personalities” by Erika Hamilton.

YRB: Check it out, this is the first issue of YRB and you’re in it. The crazy thing is Erika Hamilton wrote the article and she is in your film.

Bobbito: I have the tear sheet of this. I’m an archivist, I mean clearly there’s no way I could have made an autobiographical documentary without a harness of archives to choose from.

Wow! I got a Ray Diaz T-shirt on, that’s crazy! (laughter) Ray Diaz is interviewed in the film too! Look at Marc Ecko looking mad young…Hilarious!

YRB: Why do an autobiography?

Bobbito: Why not? I’ve been doing speaking engagements for over 25 years and I realized really early on that as a public figure I had a voice that could affect people in a very positive way.

I explored that in my last film, Stretch and Bobbito: Radio That Changed Lives, there is a scene where a kid Puerto Rican kid from New Jersey wrote us a letter that said;

“I don’t have any role models locally, but I look up to you for the fact that you graduated from college, you don’t drink and smoke and I patterned my life after you… “

I saw how my personal narrative affects people and if my story can help people in some way then I should share it. I started writing a book but after doing the first two films Doin’ It In The Park: Pick-Up Basketball, NYC  & Stretch and Bobbito: Radio That Changed Lives.

(My wife always makes fun of me for these long ass titles.)

I felt if I can add audio and picture to a really powerful narrative then it can affect people, hopefully in a positive way.

In my docs, you have these really poignant moments and they are broken up with laughter and comedy, that’s how we live. I keep saying we are multi-dimensional. There are serious moments, happy and dark moments so I try to infuse all that in my films.

Bobbito: Because it encompasses my identity as a freelance creative.

From jump my entry is basketball, the represents the Rock, from that my interest went into sneakers that represents the Rubber. 45s comes before all of that because my dad was a musician and music is who WE are but I didn’t become a public figure in that space until the 90’s as a DJ. The title is an attempt at revealing the three cultures that are more prominent in this film, but it’s by no means really revealing what the film is about. We went through about fifty titles, Rock Rubber 45s came out the tongue well and I thought it was original and that’s what I like to do.

YRB: Tell us about the music in the film, specially the opening and title tracks?

Bobitto: The title track is a song called “Still Standing” which was released by Pharoahe Monch and Jill Scott in 2011 on the W.A.R. (We Are Renegades) album which is one of my favorite hip-hop songs and Pharoahe Monch is my favorite MC of all time!

I started hearing his demos in 1989. I approached him about writing a verse inspired by the film so it’s more like a vocal remix of the original song. He recorded the original verse and we kept the Jill Scott vocals on.

The opening title track is a song that I produced myself, my first ever, and it features Eddie Palmieri, Robert Glasper, Mireya Ramos, a Latin Grammy Award winning a violinist and hip hop legend Rob Swift. There will be a 7 inch vinyl release of the title and end tracks and I’m working on the soundtrack with a European based label.

YRB: My next question is about Fondle ‘Em Records. I felt that was a story that was missing from the film, why?

Bobbito: I would have loved to put in a scene about my contribution to 90’s Hip Hop! Fondle ‘Em Records is a a label I started that released the first albums for Kool Keith & Godfather Don, MF Doom, MHz,(Megahertz), The Arsonists, The Juggagknots, RJD2 and many more. In the end, you can’t keep in everything and you just have to keep the narrative going.

YRB: How did you touch on the personal things as far as your relationship with your dad, the things that happened in your college years and the sexual abuse?

Bobbito: I wrote an entire treatment that kind of touched on everything and there are a lot of other down points that didn’t make it the film, you have to catch a rhythm and put 50 years in 90 minutes. The low points and the struggles that I did choose to include in the film were the most compelling. The goal was to present a narrative that could potentially have the audience see themselves on screen.

YRB: In the article you did for our magazine 19 years ago, you had your top 10 artists of all time listed. Is it the same today or has it changed over the years?

TOP 10 ARTISTS OF ALL TIME:

Bobbito: I’ll stick with this list. The only artists I would add are Donnie and Pharoahe Monch.

Donnie’s The Colored Section album which was released on Giant Step in 2003 is in my top five and I’ll put him in the top five artists of all time.

YRB: What are you listening to now?

Bobbito: That’s a tough question. I play a lot of 7 inch vinyl and I hate that kind of question because I don’t have my 45 crate in front of me (laughter).

I’m constantly trying to track down new music that’s released on vinyl. Quantic is prolific, that dude is good for like an album or maybe two albums per year. He’s been doing a lot of progressive latin stuff.

DJ Spinna, he stays consistent, in terms of prolific, Louie Vega and Osunlade, 9 times out of 10 they put out an album. I’ll just close my eyes and just buy it, I don’t even think about it. Yoruba Records and Vega Records, to me, are sure shots. They are both ridiculously talented and have a phenomenal team amongst them. Osunlade actually scored some of the music for the film.

I have it going in 4 continents and 20 international cities and it’s very unique.

It’s the only tournament of its kind in the history of basketball – It’s one person versus five. it’s not 5 on 5.

I am also envisioning Rock Rubber 45s beyond the film and more like a festival with the educational curriculum, revolving around sneaker history, playground, basketball history, hip hop history and activities. It will be sort of like seeing the film come to life, with me curating and bringing in people that I’m down with to help out. That’s down the road.

YRB: What do you want people to get out of this film?

Bobbito:  I’m hoping that people watching it will get some level of inspiration and perhaps a small step of healing for their own personal experiences. It is also a blueprint. People are  always asking for help or guidance. You want to be freelance? You want to be outside the box? Watch this film!

Rock Rubber 45s will be available worldwide on all major VOD streaming platforms on July 24, 2018. 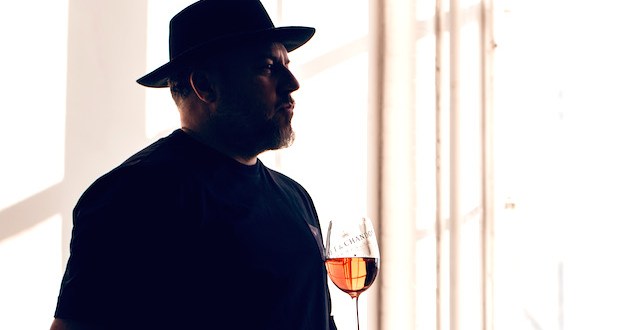 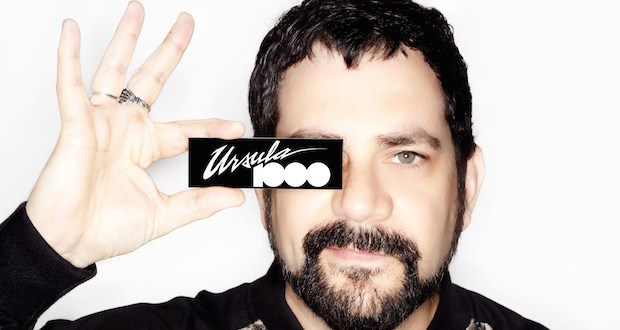