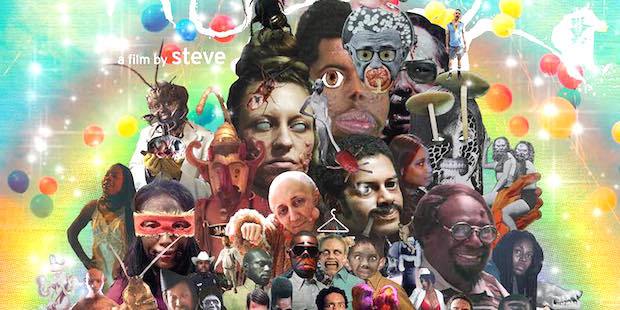 On July 11, 2017 , I  sat down with Steve Ellison, better known as the producer, rapper, musician and filmmaker Flying Lotus, to discuss his latest project, a film titled KUSO.

YRB: Why did you make this film?

Steve: Because it hasn’t been done, and I have never seen it.

In a place where I have seen everything , I was so ready to see some new characters, especially black characters.

I’m tired of seeing black kids having to escape the ghetto, every black movie has to have a racial conflict or struggle about about race.  I wanted to do something new and fun, because making a movie is hard a shit!  so I wanted to be able to enjoy the process. My 16 year old self could watch this and have the best time ever.

The first 10 minutes is a firing some shots in the air, and if you stick around, you’re in for a ride.

YRB: Is this film informed by your music?

Steve: No, you know the saying “write what you know?” this is what I know. I know I can make thee kinds of movies.

I know what makes me tick. Writing is a chore for me, but this is my lane and I can have fun writing it.

YRB: What was the process  like making this film?

Steve:  I made this film like I make my music. I don’t know whats going to happen. I didn’t come up with outlines and scene cards or all  that shit. I had to learn my process. I have been wanting to make a movie for so long ,  developing many scripts and projects , but nothing ever happened. I felt like I tried to over intellectualize my ideas and overthought myself to death. Then I learned that my process is like making music. You don’t know what is going to happen. The unknown is why it’s fun.

YRB: You tweeted that most of your new album is in the film. Was that the intention when you were making it?

Steve: That wast my intention. I was making it while I was making the film. Some scenes required some pieces and it just worked out. I learned that it just has to flow.

YRB: How long did it take to make this film?

Steve: Everyday for 2 Years straight.  I felt like I worked long enough in music where I made enough money where I could retreat for a little bit and work.

YRB: Did you have a specific budget for Kuso?

I would invest in myself. No Plan B and I would make sure it did it’s thing.

YRB: Let’s talk about the cast and what was it like working with George Clinton?

Steve: I have been hanging out with George for a little while, just collaborating on music, I knew this brilliant eccentric genius and I just saw it in my mind.

He showed up on the set day one, and says “You know I never acted before, and don’t know any of the lines” (laughs)

We ran through some things and after awhile we just figured it out and had a great time, he is so good! It was an awesome day.

YRB: What about the rest of the cast, was it a long audition process, did you have other people in mind?

Steve: No, I actually thought I would have way more support with casting. I think people were terrified of working with me. There was a character I thought Elijah Wood would play (Zac Fox’s character), he was real supportive but scheduling just didn’t work out.

YRB: The movie comes out later this month, what are your expectations for it?

Steve: In the first 10 minutes, you will know if its for you or not. if you don’t like it, wait for the next Flying Lotus album. (laughs).

I just hope people see it.  I hope that this inspires another young black kid to make movies.

YRB: What’s your next movie?

Steve: I’d love to make a movie based on Twisted Metal , the video game!